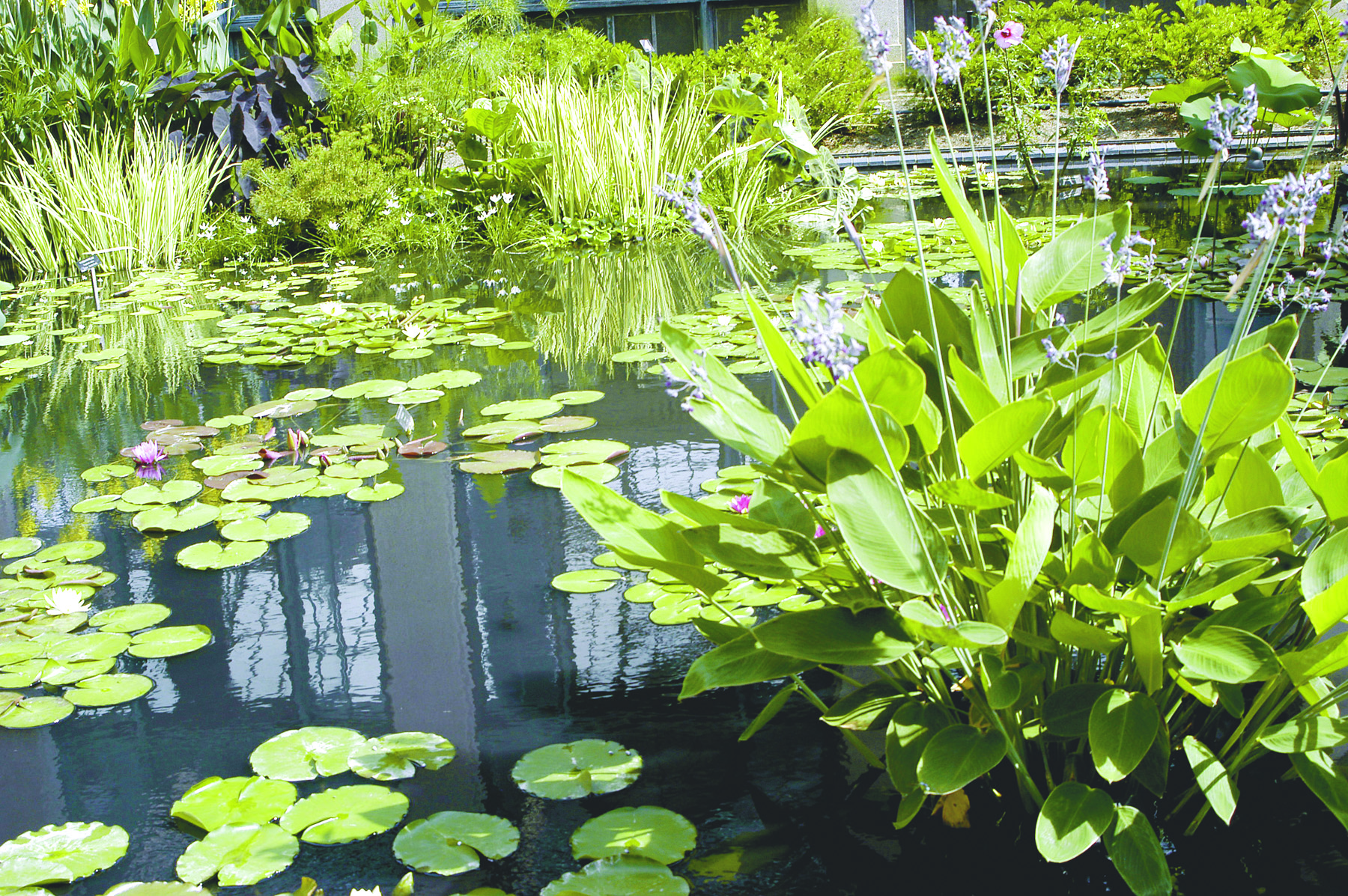 Thousands of plant species live in freshwater habitats around the world: along edges, on the surface, or at the bottom of shallow lakes and ponds; in temporarily flooded low areas and meadows; at seeps and springs (cienegas) in hill or mountain regions; in flowing water of streams and rivers; rooted in waterlogged soils; and along any other natural or human-produced drainage system. “Freshwater wetlands” occur from below sea level to some very lofty alpine habitats, where water may persist throughout the year or where it can be very ephemeral. Normally we classify a freshwater wetland as a place where at least half of the species found there are truly aquatic plant species.

Many species of aquatic plants are essentially cosmopolitan, meaning that they are widely distributed around the world. Some of the widest distributions are attributable to human activities. Humans have accidentally (sometimes intentionally) transported seeds, fruits, or vegetative clones from one pond or watershed to another, but many of the cosmopolitan distributions are attributable instead to birds, particularly waterfowl, which inadvertently transport the plant propagules when lodged in their features or trapped in mud on the feet.

Characteristics of a Freshwater Environment

For More Information on Aquatic Plants and Water Gardens, please visit this page »